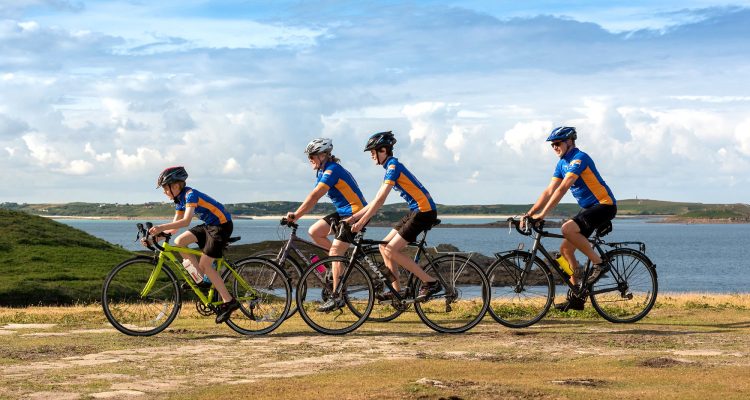 A Scilly family is cycling unsupported from John O’Groats to Land’s End to raise money for charity – despite only having five miles of island road to practice on.

After winning a £650 grant from the Isles of Scilly Steamship Group’s Community Fund to pay for all their travel expenses and make the challenge possible, the Morel family has embarked on the ambitious 847-mile fundraising bike ride for the Alzheimer’s Society in memory of a family member who suffered from the disease.

Jewls Morel, his wife Michelle and sons Finley, 14, and Shea, 11, plan to cover the distance slowly over the six-week school summer holiday, visiting new places across the country at the same time. The family is also camping throughout the trip, with each rider carrying all of their kit on their bikes.