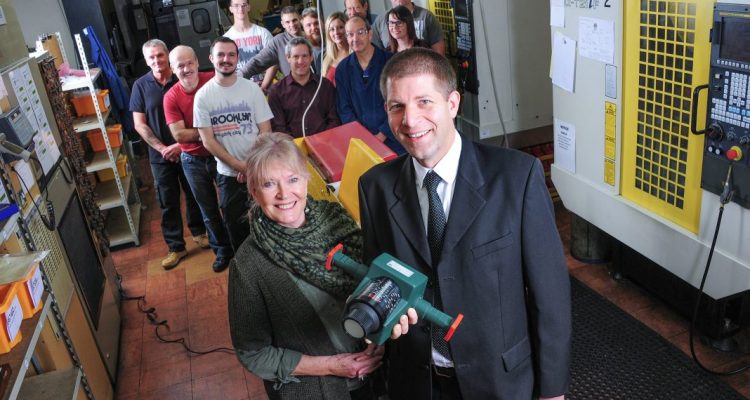 Leading electronics and engineering company Flann Microwave in Cornwall is celebrating 60 years of success which has seen its technology at the forefront of the global revolution in telecommunications.

With a 60-strong team based in Bodmin, the company has quietly grown to become the market leader in the design and manufacture of precision microwave communications equipment, for example, to allow internet and mobile data to be carried between mobile phone masts or through satellite links.

Its innovations have been pivotal in the development of mobile telephone networks, from the very inception of the technology through to the huge growth in mobile use over the last two decades and right up to ongoing research into the next generation 5G communications.

Customers include the major telecoms companies, governments and military, universities, broadcasters, all the prime UK, European and US and defence manufacturers, Airbus and the UK Met Office.

Dr James Watts, Chief Executive of Flann Microwave, said: “Whilst we are globally recognised in our field and export more than 80 per cent of production, we have tended to quietly get on with the job. However, 60 years is a significant milestone for Flann and a good reason to be celebrating the achievements of the company and that of the highly talented team here who have made it all possible.

“At the very heart of the business and its workforce is a spirit of innovation, commitment to engineering expertise, attention to detail and customer service. This has been the foundation for our success to date and our on-going policy of maintaining the highest standards gives us the confidence that the company’s global reputation for quality, reliability and performance will continue into the future.”

Flann was founded in Kingston Upon Thames, Surrey, in 1956 by engineer Bernard Fleming, who took his experience in radar and combined this with a passion for innovation and insight into the potential of waveguide technology.

An early high-profile project for the company was the role it played in the equipping the newly-built Goonhilly Earth Station, which received the first live transatlantic television broadcasts from the United States in 1962 – and Flann is still supporting the facility more than 50 years on.

Bernard Fleming relocated the business to a new purpose-built headquarters and engineering facility Bodmin in 1970 and continued to lead Flann until his death in 2002, aged 76. The company remains family-owned under the chairmanship of Bernard’s wife, Colleen.

Colleen Fleming, Chairman of Flann Microwave, said: “I’m incredibly proud of the company, its values and of the people working here. Quality was the hallmark of Bernard’s life and he was uncompromising in the standards he set himself, the business and its products.

“It is so important that his legacy continues and I’m delighted to say that it does, through the team of people here, many of whom have been with Flann for decades, and the values being passed on by them to the future generations of engineers who join us as apprentices.”

With its roots in the development of radar during the Second World War, microwave and wave guide technology forms the backbone of the digital communications network and is a vital part of the infrastructure of modern day life.

Flann developed the technology to precisely guide (or pipe) these microwaves between electronic equipment and transmitters / receivers – for example the dishes and antennas on mobile phone masts which link the mobile network.

Flann also worked with UK and overseas government agencies to write the standards which ensure that components and installation techniques used across networks are compatible – and its testing and calibration equipment is used by all the major telecoms equipment manufacturers.

Highlights over the last 60 years include: