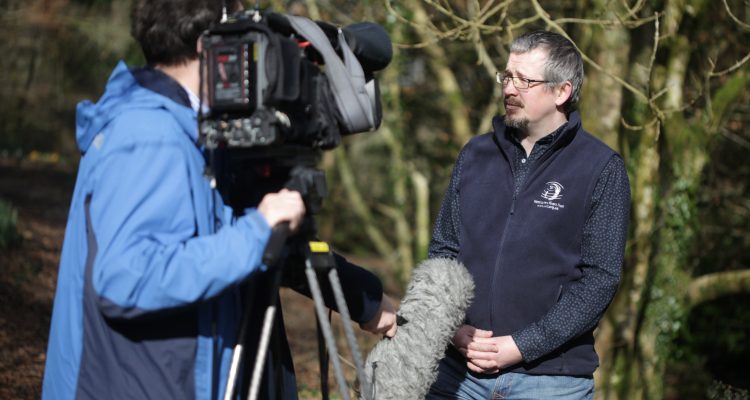 We’re not normally ones to blow our own trumpet but there are a few things we’ve been up to in recent months that we think are worth shouting about, so we’ve jotted them down right here.

Travel PR – DCA was part of the travel industry’s leading media event in London in March on behalf of its client, Isles of Scilly Travel. TravMedia UK’s 6th International Media Marketplace (IMM) proved a valuable opportunity to promote the destination to more than 280 travel writers from publications including The Guardian, The Times, Daily Telegraph, The Sun, Daily Mirror, Wanderlust, National Geographic Traveller, Family Traveller, ELLE, Cosmopolitan and Good Housekeeping. The visit helped to secure more than 15 high quality press trips for the year ahead.

TV & Radio – DCA supported Westcountry Rivers Trust to launch a £2.2 million project to restore freshwater fish habitats in Cornish rivers. Alongside a visit from MP for North Cornwall, Scott Mann, and partners the Environment Agency and Natural England on the banks of the River Camel, DCA coordinated filming with BBC Spotlight and ITV Westcountry.

Branding – Shared Apprenticeships South West is sporting a new look after approaching DCA to rebrand the company and drive forward its marketing, PR and social media activity. DCA worked closely with partners to relaunch the company for National Apprenticeship Week in March, with a full suite of collateral including a new website, branding, direct marketing material, organic and paid social media and PR.

New hire – DCA has appointed a talented new Digital Manager with a wealth of experience in multimedia marketing, social media, and video production. Greg Ibbotson, a former technical instructor in digital video from Falmouth University, joined the 10-strong team in February from international firm Allen & Heath. Greg will be overseeing social media strategies for DCA clients as well as producing high quality videos to support PR and marketing campaigns – you can see some of Greg’s work here and here.

Awards – DCA and its client White River Place Shopping Centre in St Austell have been jointly recognised for delivering industry-leading retail marketing after earning a nomination for a prestigious national Purple Apple Marketing Award. The Purple Apples are the only awards to reward effective shopping and town centre marketing, and winners will be announced at an awards dinner held in London this May.

Social Media – DCA has worked with Exeter Chiefs and England Rugby Union player Jack Nowell on a social media campaign for St Austell Brewery timed to run over the 6 Nations and domestic rugby season. It challenges rugby fans to share a picture of their favourite rugby shirt for a chance to win the ultimate rugby weekend with Tribute Cornish Pale Ale. Supported with video filmed by DCA, and a targeted paid and organic social strategy, the initiative has already generated huge engagement. Got a favourite rugby shirt? Find out more here.

We’re happy to talk about how we can support your business with marketing, digital and PR, call us on 01752 858901 or email.