Launch of new helicopter service to the Isles of Scilly 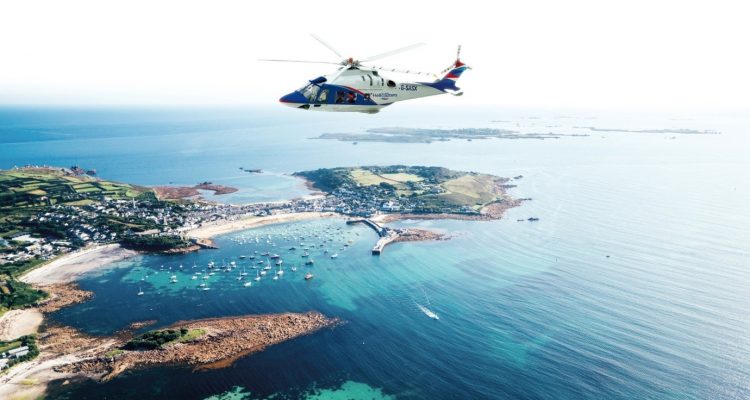 The Group was launching its own helicopter service from Land’s End Airport to the Isles of Scilly to complement its existing fixed-wing Skybus flight services from Exeter, Newquay and Land’s End, and the iconic passenger ferry, Scillonian III, which operates from Penzance.

It was imperative that the announcement of Island Helicopters, operated for the Steamship Group by Gloucester-based firm Specialist Aviation Services (SAS) was launched with a high profile and was well-publicised in order to drive ticket sales and ensure the service would be financially viable.

It was also essential to manage communications effectively, so the announcement could be positively received by passengers, key stakeholders, company staff and local communities, and ensure media reporting was fair and accurate.

With Island Helicopters offering the first helicopter service to the Isles of Scilly for six years, there was strong interest in the announcement, from a national media perspective as well as regionally and locally.

DCA worked closely with the Group to assist with and schedule a series of carefully timed emails and letters to staff, stakeholders and influencers, members of the Group’s Travel Club, travel agents, neighbours of the airport, Government Ministers, peers, the region’s MPs, and company shareholders.

DCA prepared news releases for local and national media, and staged a media launch event on the same day as the announcement, offering media the chance to fly around the Cornish coastline in one of the AW169 new helicopters, as well as live interviews with the Group’s Chairman, Chief Executive and key staff.

The announcement garnered substantial media coverage including in national broadsheet newspaper titles such as The Guardian, Financial Times and The Times, and featured on news programmes for BBC1, ITV, BBC Radio Cornwall, as well as in regional media such as Cornwall Live, The Cornishman, ThisisScilly.com, Radio Scilly, Cornish Guardian, West Briton and the Western Morning News.