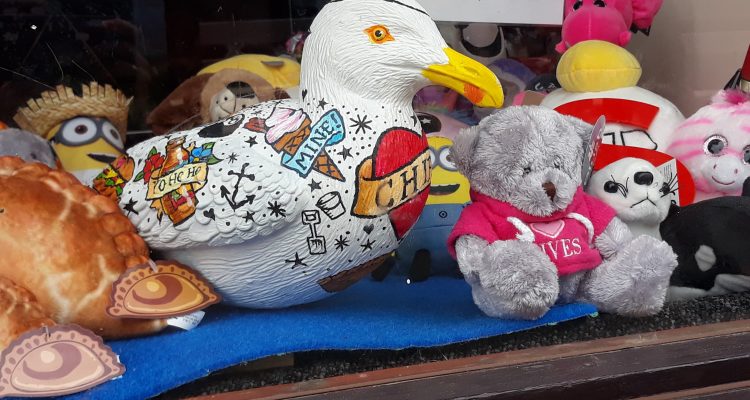 This spring, DCA is thrilled to have been shortlisted for not one but two prominent business awards.

With a client base spread across the South West and offices in both Plymouth and Truro, DCA is proud to be a company representing the very best of the Westcountry.

We were delighted to be recognised for our PR, digital, marketing and communications services when we were named as finalists in the upcoming Cornwall Business Awards for Best Marketing Campaign, as well as being selected as one of only five companies shortlisted for the highly contested category of Small Business of the Year at the Plymouth Business Awards.

The nomination for Best Marketing Campaign is a result of the success of our Seagull Campaign, which we delivered for our client, St Ives Business Improvement District (BID).

DCA was asked to create an innovative and creative campaign to help tackle the seagull problem in St Ives, where visitors can all too often find themselves sharing their chips and ice creams with the town’s resident gulls.

Businesses in the town don’t want the destination’s appeal to suffer as a result of the bad reputation the greedy gulls have earned – and so the BID was keen to help educate people about how to live peaceably alongside the birds, whilst at the same time helping to engage the BID with the community and involve more visitors and residents with some of the town’s small businesses.

In previous years, DCA has delivered successful seagull campaigns for St Ives BID including the quirky Daily Gull campaign in 2016, which involved specially designed and informative mock newspapers created for local takeaway food outlets to wrap food in which explained gull calls and body language, then in 2017, DCA designed a seagull Snapchat filter for a digitally-focused campaign.

For 2018, DCA devised a fun seagull trail, with local artists, schools, businesses and community groups engaged to design 12 eye-catching gull models, which were placed at shops around St Ives to create a colourful trail.

Maps showing the location of the gulls encouraged visitors to follow the trail, with letters placed at each location to spell out a winning phrase, and completed maps could be exchanged for a bag of specially-commissioned seagull rock sweets. Trail maps also offered tips on how to deal with the gulls, and a guide to gull language penned by a local seagull expert.

The campaign was hugely successful, with the first print run extended twice to cater for demand, and the project picked up extensive media coverage, including reports on BBC Spotlight and mentions by The Sunday Times and BBC Radio 5 Live.

The campaign also achieved fantastic results for the BID in its work to support small, independent businesses in the town, with many of those hosting a gull model reporting increased footfall as visitors sought them out to find the seagull model, and many local businesses, artists and groups involved praised the scheme for raising positive awareness of the gulls.

We are excited to attend the Cornwall Business Awards ceremony later this month when the winning campaign will be announced – we’re up against some fierce competition but are delighted to be one of three finalists shortlisted for Best Marketing Campaign at this major event. 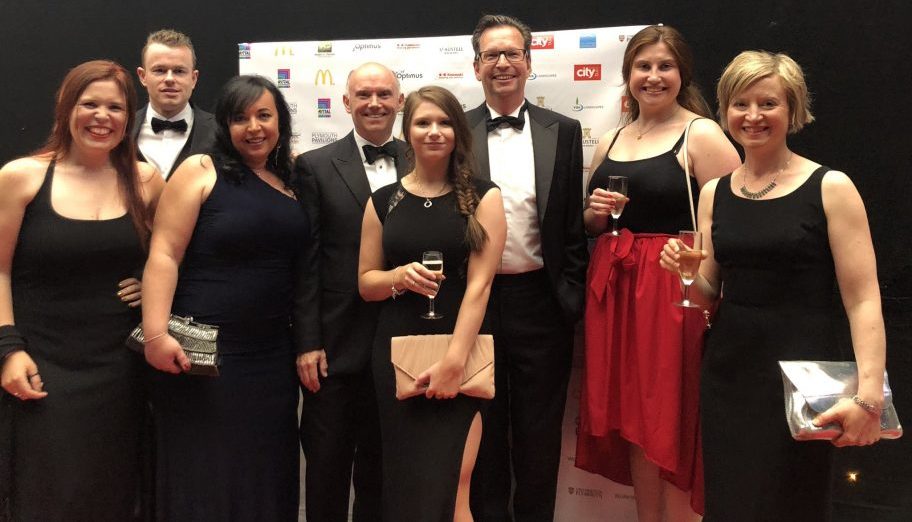 DCA at the Plymouth Business Awards 2019

The announcement of this shortlisting happened shortly after we were named as finalists for Small Business of the Year at the Plymouth Business Awards – an especially rewarding honour as it came just a year after DCA opened its Plymouth office to help us serve our clients based across Devon, Somerset, Bristol and further afield, as well as our many clients in Cornwall.

The spectacular awards evening was held at Plymouth Pavilions in May and saw many deserving winners honoured as it showcased the impressive achievements some of the top businesses in the city. Although we didn’t win on the night, we are incredibly proud to have been shortlisted in such fantastic company – and we thoroughly enjoyed the evening celebrating with such a dynamic group of businesses.